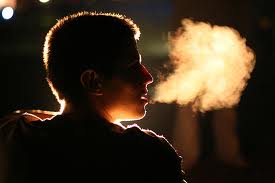 I burned my soul to ash but the pain paled in comparison to the terror that struck my heart like a match, anticipating her arrival and the tirade she would carry in tow. An unwarranted fear, as she was calm when she saw what I had done. Calm and nurturing. Soothing my pain with herbs and aromas, and each early morning during the hour of the wolf, she laid an ear on my back and listened as my soul mended itself.

She never spoke the words of disappointment aloud but it registered in her eyes. Although residing within my body, this wounded thing, this unwanted soul, did not belong to me. She had laid claim to it many years past, and in my despondency, I had taken liberties with her property and attempted to destroy it. Again.

The first time, I threw my soul into a sinkhole and allowed the ground to swallow it whole. I made her acquaintance when she plucked it from the soil like a tattered tuber. “I saw what you did,” she said. “And since you would so recklessly toss this precious thing away, it is no longer yours, but mine, agreed?” I nodded and she handed my soul back to me for safe keeping.

I honored our pact for a few years, caring for it within my limited capacity, but during a particularly nasty bout of depression, I tied heavy stones to my soul and pushed it off the sea wall. For a second time, she appeared, fishing my soul from the waves and scolded me, “You are charged with protecting this thing that is mine, do you understand?” Again, I nodded. Again, I lied.

During the day, when she thought me preoccupied, she secreted herself in the shadows and slept. One day I followed her into the darkness and watched her body twitch from dreaming and listened as she muttered,

Under her care, my soul grew healthier and it frightened me. I was pitilessly plagued and badgered by the phrase, One more soul, of air returned, that repeated in my mind’s ear until it turned dogged and cacophonous. But she was unaware of my inner torment, in fact, she was in an exceptionally good mood today, her voice almost a song, “I know you don’t see it, but you are a gift, you are. You have no idea just how special.”

Today was the day. I felt it in my marrow. Something was destined to happen, something I most likely would not survive. I should have embraced this eerie premonition, for it was no secret that I did not want to continue in this manner, broken, detached and alone. But the choice of how and when I departed this wretched life was mine to make and mine alone. So, I stalled by distracting her with trivialities. “May I have more broth? Have you seen my shoes? No, not that pair, the other ones? Can we go for a walk?” If she knew my plan, her expression never showed sign. No request was too large or small on this day. She granted them all.

We strolled along the pathway in the park that led to the duck pond, a place we visited often during my convalescence. Picked, naturally, as not to arouse suspicion as I searched for the proper diversion in order to make my escape. But I was so wrapped in my own thoughts, I failed to notice that she was walking slower than usual today. “Can we rest a moment?” she asked as we neared the benches. “I am a little short of breath.”

Her breathing became a labored and raspy thing before it hitched and became lodged in her throat. When her face went dusky blue and she slid off the park bench, I panicked. The opportunity had presented itself and there I stood like an idiot, frozen. Entangled in the decision of whose life to save, or more accurately, whose death I could live with.

There was no real choice.

Her breathing was a trembling, liquid sound as I pressed my mouth to hers and exhaled, but instead of me breathing air into her body, I felt her sucking air from my lungs, and not just air…

I tried desperately to pull away but her thin, vise-like hands clamped down on the nape of my neck and held me firm in a kiss that was collapsing me. My hold on life became dim and futile, but before I slipped away into emptiness, I noticed the oddest thing: her belly began to swell.

Every fiber of my actuality was drawn into her, and my soul, the object I had forever been so reckless with, was systematically being stripped of concern, of negativity, of identity. I fell further and further into a darkness that pressed on me from all sides. So tight, so constricted. I was still unable to breathe but the sensation was somehow different now.

At the very moment when it seemed the darkness was about to claim me for eternity, there came a burst of light so bright as to cut my eyes. Thankfully something soon blotted out the light – a face, slowly coming into focus but I knew her before I saw her. From the moment I heard her soft cooing, “You are a gift, you are. You have no idea just how special.”

About Of Air Returned: Delusion can be a scary thing, but it can also be wonderful at the same time. This piece was written in the early part of 1988, during a period when I swore I could do no wrong—it’s fine, you can laugh, I’ll just cringe quietly in the corner. I was heavily into both science and speculative fiction and had recently rediscovered the works of The Brothers Grimm, so I was determined to create my own collection of fairy tales for the—then—modern age.

Applying fairy tale rules, I could introduce the fantastic or the bizarre into any story with little or no explanation, and have all the characters in the tales accept everything as normal. Wishes as deus ex machina. Love as the ultimate cure-all. All the good stuff without all the fuss. Genius, right?

It would take the better part of six months for me to discover I wasn’t the groundbreaker I imagined myself to be. On the plus side, I followed my then idol, Harlan Ellison’s advice and was able to churn one of these puppies out a day.

Of course, most of them are unreadable. This one teeters on the edge. I kinda like it and it kinda embarrasses the hell out of me, but it was one of the three Rhyan Realm tales–yeah, I created my own sub-genre name for them, what of it?–that actually saw print… after 10-some-odd rejections.

2 responses to “Of Air Returned”