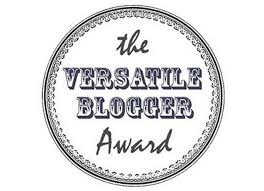 Hmmm, my very first blogger award nomination. What a pleasant surprise as I wasn’t aware something like this even existed. I’d like to thank Lara S. Chase over at In Progress: A New Author Navigates the World of Publishing for nominating me. It’s an honor to know that she not only occasionally enjoys my posts but also took the time to nominate my blog.

According to the rules:

Well, I’ve thanked Lara, so that’s sorted (check out her blog, it really is an interesting ride). Now I have to name:

Seven Things About Myself