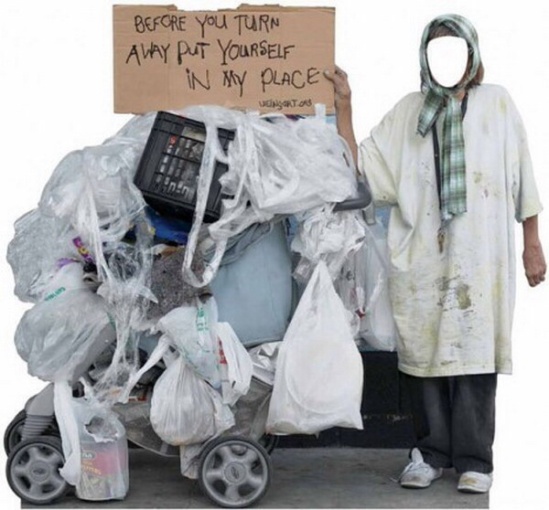 adjective
a state of mental abandon that leaves you in poor physical condition through lack of desire and care.

origin
New York, circa 2014, attributed to the Pendant Sisters

I was first introduced to the term bummed out by the Pendant Sisters — not their actual name and though I’m sure they’ll never read this blog, it’s not my desire to put their information on blast — while I was still new to the streets.

The sisters, we’ll call them Sally and Susan, were step-siblings, same mother, different fathers, separated at an early age, who were miraculously reunited on the streets after each had become homeless under different circumstances. I can’t remember how the ice was broken between us but they were the first people who showed me any real kindness, as homeless people tend to either isolate themselves or pair off into cliques within the displaced peoples caste system. It’s not hard to understand why they’re not an arms open wide type of community.

Sally and Susan hipped me to the best soup kitchens in which to get a decent meal on each particular day as well as the prime spots for things like clean public restrooms, free wifi, and places to charge your phone without making a purchase.

They’re what I call arm’s length friendly and I totally understand their caution and apprehension. They are two women having to survive in a city full of sadistic and insane people and I, despite seeming nice, am a still man and a relative stranger to them. As tough as it is simply being homeless, I can only imagine it’s ten times harder to be a homeless woman.

Anyway, one day I was palling around with them as they patiently showed me various no hassle locations (places where cops tend not to roust you for loitering, or being vagrant without a license), their faces dropped when their eyes fell on a man splayed out across a sidewalk bench. Nearly unrecognizable as human under all the layers of caked on filth, you couldn’t come close to calling what he wore clothes. They were tattered bits of ratty cloth held together in places by safety pins. His shoes were little more than cut up sections of newspaper secured around his feet by a series of rubberbands. When they tried to speak to him to see if he was okay, he responded with gibberish.

As we walked away, they told me his back story. He was once an engineer who earned his degree at MIT and owned a successful business for a number of years. Then he stumbled upon a bit of hard luck when he lost several important contracts that bankrupted his business and his marriage of over twenty years ended in a divorce that wiped him clean.

When they first met him, he was a good natured and intelligent man, optimistic about getting back on his feet. They were truly shocked to see him in his current state, which got me to thinking about how homelessness can get inside your brain and make you abandon all hope and allow you to slide further and further away from being a functional member of society.

A truly frightening thought and I wonder just how far away I am from my breaking point, and what will be the final straw that collapses my resolve and causes me to bum out?

Until next time, I sincerely hope I don’t see you on the breadline.

Never aspire to be homeless, no matter how tough your living situation may be at the moment or how tough you think you are or how you imagine roughing it to be some sort of grand adventure. It’s a lousy way to exist. That’s right, I said exist, because when you have no place to live and cannot feed yourself what you want to eat when you want to it, or wash when you feel dirty, you’re not living, you’re existing.

Having said that, should you ever find yourself societally displaced — with no income or shelter — there are a few cities in The States where being homeless is preferable. New York is one of those places.

If you’re willing to put in the legwork and travel throughout the Big Apple, you won’t go hungry. There are several soup kitchens scattered throughout the city that offer either breakfast, lunch or dinner, and most places offer seconds, containers to take food away, and a bag meal that usually consists of peanut butter and jelly sandwiches, a juice box and a piece of fruit. Not fine dining by any stretch of the imgaination, but it’s food.

What you won’t get enough of is sleep. Sure, during the summer you can stretch out in the park during the day, but at night when there’s a chill in the air, a chill that settles in your bones, or when it rains or snows? That’s when you find out what being homeless is all about.

Sleeping in parks is a thing of the past. Most parks close between 10pm to 1am. Church steps because it’s sanctuary? Not in this town, brother. You might have heard stories in the news or seen in the movies the homeless people who build cardboard shelters on street gratings or up against the sides of buildings and while that does happen, depending on your location, cops will roust you.

Since New York truly is a city that doesn’t sleep, public transportation runs 24 hours and most homeless men and women find their preferred subway line and ride it end to end throughout the night. This is usually good for a couple of hours at a pop, but trains tend to go out of service after a couple of trips and cops are present at the last stops to push folks along. Plus, you need money for the fare for this sleeping option. $2.50 may not seem like much to you, but when you’re flat broke, the fare might as well be $25.00. Sure, you can hop the turnstile, but if you get caught, there’s a hefty fine to pay, or if you run up against the wrong cop, you could be looking at an arrest.

But what about a homeless shelter? You may have heard how dangerous they can be and some are filled with ex-convicts and the mentally challenged who may or may not be off their meds, but for the ones that aren’t, there are either waiting lists or lottery systems that you have to compete for on a daily basis, and many of these are only accessible through a referral from public assistance, battered women’s organizations, rescue centers, etc.

Speaking from personal experience, there are nights when the weather won’t allow me to sleep and I become a street shark, always on the move to keep warm, in hopes of finding some unoccupied nook to hunker down in and rest my eyes and my mind, if only for a few moments. It rarely happens and spend most nights winding my way through city streets until the sun comes up. That can wear on your soul quick fast and in a hurry, trust me on this.

So, hold on to your homes, if you’re at all able to. Living on the streets is no kind of life for any reasonably sane person.

Until next time, hope I don’t see you on the breadline.

We all drop breadcrumbs in life, even the most carefree among us, and we do this because normalcy comes well-equipped with comfort zones. Some of you may take exception to the word normalcy but it has nothing to do with the definition society places on the word normal. Here it applies to the recurrent patterns in your life, the things you’ve grown accustomed to.

The breadcrumbs are used to lead us back to the path of familiarity, when the detours we take spiral beyond our ability to control and/or accept.  I stray from the path constantly chiefly because my path is an uneventful one, which many people would kill for, but I find boring. I ought to be a baker with the amount of breadcrumbs I’ve dropped over the years.

Since I’ve always been able to find my way home I never had a problem tearing my life apart, going on concrete jungle pilgrimages, and returning to my path at some later date to rebuild things from scratch. But this time is different. This time the demolition wasn’t of my choosing and there’s something about the way events have been playing out over the past six months that have clued me in on the fact I am near the end of the race.

Homeless yet again, despite my best efforts to avoid it, I have this sinking feeling deep in my marrow that this will be the final time. There’s no way out and no way back. All the breadcrumbs I dropped to lead me back to the main road of rebuilding my life are gone. Most likely eaten by the crows of a fate long overdue. I guess you can only hit the reset button so many times in life.

And I can’t honestly say I didn’t see it coming. Life stopped making sense about three years ago, though not all at once. Little by little, all the rules I had ever learned, all the tricks I added to my arsenal, no longer applied. Now, life, the daily routine that the majority of the population manages to perform without a second thought or breaking a sweat, is a game I no longer know how to play. Existence no longer makes sense to me.

Needless to say, it doesn’t help matters that I have always possessed a nihilistic bug in the back of my brain that constantly questions the logic of struggling to achieve anything when all roads lead to death.

As you can probably work out, I do not believe in the afterlife. So that we’re clear, this is not an invitation for proselytizers to dust off their soapboxes. I am an aspiritual entity and I’ve made my peace with the fact that I shall not receive salvation. If religion works for you, good on you, I wish you nothing but the best.

The purpose of this blog, more for my sake than yours, I’m afraid, is to capture as many of my thoughts and impressions before I lose my sanity to the streets and become one of the wandering bagmen screaming at invisible antagonists.

Wish me luck… and drop some change in my cup should you pass me on the streets.

To completely bastardize the Robert Herrick poem, I urge you to drop ye breadcrumbs, while ye may, however make sure you keep enough on your person to get you safely back to your path.

Until next time, I hope I don’t see you on the breadline.