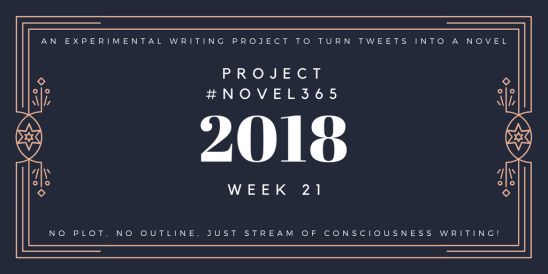 Cariad was sent an Academy card form to sign and return together with a passport photograph along with college contractual documents and arrival information. Shortly after she received her Candida Isca Academy Single Sign On IT account details, that granted her access to central IT services.

The weeks that followed passed in a frenzied blur as the entire Boerum household prepared for what Rupert called Cariad’s Grand Adventure. Somewhere during the process of Cariad sorting through her belongings to decide what would travel with her and what would remain behind, Ruth passed by the room and spotted her daughter placing her piggy bank into a luggage case.

“What do you think you’re doing?” Ruth asked.

Cariad gave her a what does it look like I’m doing stare but answered anyway, “I’m packing Chris P. Bacon.”

“She’s a good luck charm and I never know when I might need some emergency cash.”

“I plan on giving you a card for emergencies! What kind of mother do you think I am?”

Rupert appeared in the doorway, shaking his head, “Don’t you ever speak to your mother like that again!”

“But she’s the one who started it, Dad! She barged in here trying to run my life!”

“All I did was try to stop you from burdening yourself with unnecessary things like that silly little bank of yours and these ratty t-shirts,” Ruth plucked several worn and faded novelty tees out of the case and flung them on the floor.

“You’re the queen of chucking out unnecessary things, aren’t you, Mom? Like your daughter?”

“Enough!” Rupert shouted. Cariad had never heard her father sound so angry. He paused, swallowed. “We’re a family, dammit, so it’s about time we started acting like one again! Ruth, let her pack what she wants to pack, she’s going away, not you!” Ruth opened her mouth to argue her point but Rupert put up a hand to cut her off. “And you, young lady, should learn to show a little respect because I know we raised you better than that!”

As he stormed away, Rupert added, “And if you can’t be civil toward one another then the very least you can do is be silent!”

And that was exactly what happened. From that moment there was a temporary ceasefire between Cariad and her mother and calm reigned. When they worked on a project together and speech could not be avoided, they maintained a strained civility and when words were not necessary they shared an icy silence. After the row with her mother, there was something about the act of packing her things and getting her affairs in order that gave Cariad the feeling that she actually was ready to leave home and she carried that feeling with her up until the moment she arrived at the airport and had to say goodbye to her parents.

“No, I’m not leaving,” Cariad’s eyes glistened as she tried to hold back the tears. It was a valiant effort and she put up one hell of a fight but it was a losing battle.

Rupert placed his hands on her shoulders and pulled her in for a hug. Her cheek felt damp and she thought she had started crying but she felt her father’s chin tremble against her and realized the tears were his. This made her hug him even harder.

“Are you afraid of school?” Rupert whispered in her ear.

She shook her head.

“Then it’s alright for you to leave,” Rupert gave her one last tight squeeze then held her out at arm’s length. “Your mother and I will find a way to manage without you for a while.”

Cariad turned to Ruth who held her arms out for a hug but the gesture looked uncomfortable, almost insincere as if it was a protocol that had to be followed, the socially acceptable thing to do in a situation such as this in order not to appear a monster in society’s eye. Instead of the hug, Cariad clasped one of Ruth’s hands and pumped it up and down firmly, politely smiling, “Thank you. Really.”

The air hostess announced the final call for her flight. Cariad turned and picked up her carry-on bag and wiped her eyes as she rushed to the gate. Before boarding, she stopped at the jet bridge and turned to wave at her parents. They smiled and returned the wave. Ruth mouthed words that Cariad read as I love you but she could have been misreading it so she didn’t mouth anything in reply. Her father, while waving, was also tapping his pocket, a gesture she didn’t understand. She was about to shrug What? to him but the air hostess was ushering her into the jet bridge.

Once she reached Candida Isca, there was hardly any time to settle in. Week Zero was filled with completing all the steps of her Academy registration in order to attend her program of study, release her tuition grant from the Student Loans awarding body, activate her University email account, obtain her University Card, print an enrollment certificate, become eligible to take examinations and access her results. When all that was finished her status as a member of the Academy was confirmed.

As she was a first-year undergraduate, Cariad was provided accommodations in the Green-Hart Family House with the understanding that she might be required to move out to private accommodation in her second or third year or she had the choice to share a house with friends.

Cariad was greeted in the common room by RA Cosette who was about 20 but her smooth face and the mysterious carefree attitude made her seem much younger. Her light ash brown hair was pulled back into a ponytail and she wore blue jeans, boat shoes and a cotton blouse. “My name’s Cosette, welcome to Green-Hart House,” the RA smiled.

Cariad let go of the handle of her rolling travel case, shook hands, introduced herself and because she hadn’t prepared anything in the way of small talk, said, “So, this is my dormitory?”

“We call it a residence hall, but yeah, this is the place you’ll call home for the next year or so. Dea and Burton are out and about somewhere so I’ll give you the five-cent tour.”

“The hall director and assistant hall director. You’ll meet them during orientation when they set the ground rules.”

“Nope, I’m the resident assistant who lives on your floor. Let me grab one of those for you,” Cosette grabbed the strap of one of the bags, slung it over her shoulder like it weighed nothing and led the way through the house.

“All right, things you should know,” Cosette said. “The floor you’ll be on is all first year so you shouldn’t run into too many hassles with upperclassmen. It’s also single gender—which means no guys—and substance-free—which means no drinking and definitely no drugs.”

“Oh, you don’t have to worry about me,” Cariad waved the notion off.

“I’ve been RA for two years, RA supervisor for one and in my experience, it’s always the ones I don’t have to worry about that make the biggest scenes. These next few weeks are going to be Buckle up, y’all time for me because you’re going to break every single rule and make the stupidest mistakes known to mankind. First time away from home is when freshmen need to get the drinking and fucking and all that other free will nonsense out of their systems. So, I’m going to been overly understanding with you in the beginning but keep in mind we’re operating on a three strikes rule. If you try to be slick and can take advantage of my good nature, you’ll find yourself hunting for a new place to live.”

“Okay, Carrie, prove me wrong, I dare you,” Cosette smiled but her expression was deadly serious.

The shortening of her name hit Cariad like cold water to the face. Her father had called her by a few nicknames that she had outgrown but neither of her parents had ever called her Carrie. She wasn’t quite sure how she felt about it. It was said without contempt so it wasn’t like she was being teased but it was a little too familiar a little too quickly.

Cosette ran through the tour of common areas, kitchens, shared bathrooms and shower facilities fairly quickly, none of which found a fixed space in Cariad’s memory and it ended at a room where two five by three white cards, one bearing her last name and the other that read Guō were push-pinned on a small corkboard beside the door. Cosette gave a little knock and announced herself and entered when a small voice from inside the room gave her permission.

The hall room itself was smaller than she imagined, approximately 12 feet by 16 feet with an 8-foot-high ceiling. Two loft beds were situated against the righthand side wall and beneath the elevated wooden frame of each bed was a small wooden writing desk and chair.

“It’ll seem a little cramped at first but you’ll get used to it and it’s only for your fresher year,” Cosette said, letting Cariad’s bag slide off her shoulder to floor. “The rooms get better year by year.”

“This is your roomie, Bao. Bao, meet Carrie,” Cosette said.

“Cariad, actually,” Cariad corrected. The last thing she needed was for that nickname to stick.

The Asian young lady seated at her writing desk in a plain button-down blouse and linen pants looked up from her laptop and gave Cariad the once-over before offering a lackluster, “Hi.” Cariad returned the greeting with equal enthusiasm.

“Well, now that the hard part’s over, I’ll leave you two to get acquainted,” Cosette said, patting Cariad on the shoulder on her way to the door. “Once you get settled in, come find me and I’ll tell you about a few of the activities that’ll help you get to know your fellow floor residents and you should make it your business to attend because we’re all about building a community that’s fun, friendly, and respectful.”

Bao’s eyes never left Cariad. She remained silent when their hall door clicked shut and the sound of Cosette’s footstep faded in the distance.

“Since I was raised to believe that honesty is the best policy,” Bao said, carefully enunciating each word, “I’m just going to put this out in the open: I’m very nervous about this dormitory living situation. You know, moving in with a complete stranger, it makes sense, doesn’t it? I’ve been reading way too many dorm-room horror stories online of crazy, nasty, or downright terrifying roommates.”

As she was speaking all Cariad could concentrate on were all the small framed photos hanging on the wall, propped up on the writing desk and even the background of her laptop screen. They were all snapshots of Bao. Not Bao and friends; just Bao.

Cariad’s attention refocused on Bao’s ramblings in time for her to hear her roommate say, “I don’t want to wake up in the middle of the night to find you standing over me with a knife, do you know what I’m saying?”