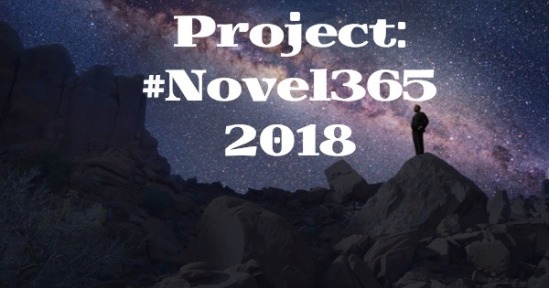 I was blissfully unaware of the subway shroud and the internet fascination surrounding it as I was out of the country, in an unspecified part of the world working a corporate case that I was contractually obliged never to discuss. Truth be known, even if I wasn’t preoccupied with work, the chances were high that I would still have been in the dark as I have never been a frequenter of YouTube or any of the ever-expanding social media sites. It was only when my business associate, Madi Wasnofski, picked me up at the airport that I was brought up to speed during the car ride to our Manhattan office. Madi carefully documented the entire event in chronological order and organized them in numbered folders on her tablet that she handed me.

When she first began describing it to me I was prepared to write the matter off as a nonsensical hoax but as I started reading and rereading the materials and watching the original videos and the more insightful breakdown videos, I became intrigued. This was a proper mystery that baffled me. Not ever a man given to braggadocio, I always prided myself on having the gift to spot fakery and offer rational explanations of how the trick was accomplished and no reasonable explanation came to mind.

“Why are you showing me this?” which was a question I should have asked straight away before finding myself knee-deep in an internet enigma. Blame it on the jetlag, I suppose.

“You need to be briefed,” she said matter of factly.

“Short version,” I grunted. Clearly, I was too tired for Madi’s usual tendency for cat and mouse.

“There are people waiting to meet with you at the office,” she said. “Official people. The kind of people, knowing you as I do, that you would rather not be unprepared when you meet with them. Why else did you think I came to pick you up personally instead of arranging an Uber?”

We rode the rest of the way in silence. I realized that I had somehow offended Madi. This was something I did quite often with her without recognizing my supposed infractions. It would blow over quickly as she was not the sort to hold grudges, real or perceived, and the quiet allowed me the opportunity to commit the salient bits of the mystery to memory.

We were greeted by the beaming smile of our administrative professional (a title drilled into my brain by Madi to replace the word secretary) Penny, who always reminded me of the Little Orphan Annie, not so much for her auburn locks or diminutive size but for the lyrics of Annie’s 1931 radio show, “bright eyes, cheeks a rosy glow.” Penny was easily the most consistent, outwardly happy person I knew.

Madi looked around the tiny reception area and frowned, “Where are they, Penny?”

“They looked like they were getting antsy so I put them in your office, Ms. Wasonofski,” Penny used her ballpoint pen as a pointer. “I would have put them in Mr. Quaice’s, but…”

“Perfectly understandable. Thank you, Penny. Hold all calls, please.” Madi shot me a look I didn’t much care for though I was well aware of the unkempt state of my office.

Madi’s office was practically identical to mine in size but where mine seemed downright claustrophobic, hers accommodated the two men, who stood upon our arrival, Madi and myself, quite comfortably.

“Gentlemen, this is Darius Quaice,” Madi said and maneuvered another chair behind her desk as I shook hands with our potential clients. Both men, without fail, exerted a grip stronger than was necessary for a consultation visit and attempted to turn their hands over mine in the power position. By the handshake, the ill-fitting discount men’s store suits with yellow and teal dress shirts, ties that matched too much and their immaculately polished dress shoes, I knew these men were government, military, most likely, associated with the Department of Defense. They introduced themselves as Mr. Duffy and Mr. Thompson and hadn’t even bothered to show any form of identification, which undoubtedly would have been falsified if they had.

“We’re fans of your work,” Duffy said and as if on cue Thompson produced a copy of my book, The Quiet Lies Miracles Tell. “Big fans.” The book itself was nearly pristine which meant it was recently purchased for presentation only and perhaps to stroke my ego. I was certain their unnamed agency owned a dog-eared copy that some low-level employee was made to read through and bullet point all the passages of interest.

“Very kind of you, gentlemen. Now, how may I help you?”

“Are you familiar with the subway shroud?” Duffy asked.

“Initially, no, but Ms.Wasonofski has done an excellent job in catching me up.” I caught the slightest curl of the corners of Madi’s mouth for the recognition.

“Genuine or hoax? Genuine. Organism or device? Device. I have no evidence to support my opinion because whatever it is defies my limited knowledge of the current technologies available to us. But even beyond understanding its purpose, the more important questions are who built it, where was it built and how did they manage to build it?”

“You suspect a foreign government?”

“If I suspected a government it would include domestic as well as foreign, but as you’re sitting here with me, the former rather than the latter seems more plausible. And if it was built by a government, it most certainly is a weapon of war. The problem with that assumption is how has it been kept secret? Leaks are all the rage these days, particularly when it comes to possible war machines, and there hasn’t been any breaking news of a technology that could be linked as a stepping stone to this. So my gut instinct leans toward either the private sector or a lone inventor.”

Both men remained stone-faced and made no attempt to confirm or deny my theory. Duffy broke the momentary silence by asking, “How versed are you in the area of time travel, Mr. Quaice?”

“I have a layman’s familiarity with certain theories, possibilities and paradoxes…”

“Such as?” Thompson interrupted.

“Einstein believed time was a fabric that could be bent and torn with the right energy and some experts speculate that dark matter or negative matter could be the key. Then there are black holes but one would have to be the size of a subatomic particle if they had any hope of surviving the journey, and so forth.” I hoped they wouldn’t ask me to continue because that was the extent of my knowledge.

“As a debunker, we were wondering if you’ve ever had to deal with time travel and/or teleportation in any of your other cases?” Thompson asked.

“Debunker?” I could tell from Madi’s expression that my tone reflected my annoyance.

Duffy put a hand on the crook of Thompson’s arm to stop him before he spoke further. He himself chimed in, “Forgive my colleague for his poor choice of words, Mr. Quaice. He meant as an investigator of the…” Duffy searched for the proper word. “…fantastic.”

“Gentlemen, I am not at liberty to discuss previous confidential cases with my clients the same way I will not discuss our meeting today with anyone outside this room. So, if you don’t mind, I’ve had a long trip and I’d like to get some rest so please get to your business or make an appointment with Penny for a more convenient time on your way out.”

Welcome to Week 4 of my personal 2018 writing challenge to turn my daily tweeting habit into something productive. This story is an experiment to write a stream of consciousness book with no outline or plot in mind, just a year’s worth of whatever-pops-into-my-fragile-little-mind tweets without edits or the fancy flourishes that will come in the rewrite. Although I have finally introduced a few characters, I still have absolutely no idea what their importance in the greater scheme of things are, or how many others there will be, what the story will ultimately be about or how it will end, and that terrifies and thrills me at the same time. And you get to watch me either create something (hopefully coherent and good) from thin air or fall flat on my writerly face.

So, if you can spare a moment, I invite you to either cheer me on or tell me what a colossal mistake I’m making. I’m good either way.