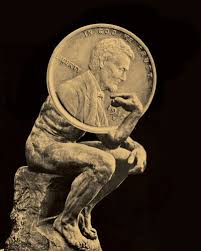 I was talking to a friend yesterday about one of the housemates in this year’s Big Brother UK (how dare you judge me!) who had the annoying nonstop habit of thinking aloud in a random, babbling manner that made me sometimes feel as if I was reading her unfiltered thoughts. This, naturally, brought the topic of internal monologue to mind.

Whether you refer to it as verbal stream of consciousness, internal speech, or inner voice, internal monologue occurs when your characters engage in conversations with themselves, thinking in words at a conscious or semi-conscious level.

When used properly, making your audience privy to your character’s thoughts and internal struggles can add levels of emotion and intrigue that deepen your story nicely. But it’s not an easy skill to master, and in the hands of an inexperienced writer, the piece can quickly become a quagmire of unnecessary narrative.

Here are a few things you might want to bear in mind:

In closing, interior monologue is one of the more useful writing tools at your disposal, and if you economically pepper it amongst action sequences and dialogue, it should serve you and your story well.

Sally forth and be internal monologue writeful.