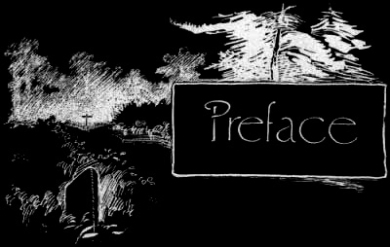 I always love reading authors introductions to short stories and sometimes find the inspiration for writing the tale more interesting than the story itself. And just so we’re clear, I don’t mean the opening line and/or paragraph of the story. I’m talking about the preface, and a well-written introduction in the right hands is like the director’s commentary or behind-the-scenes footage or Easter eggs on your favorite DVD.

The odd thing about me is I can’t actually write an introduction to my own work until after I’ve completed the story, which I guess makes it more of a postmortem than an actual preface. I think the primary reason is if I write the introduction first it feels like I’m writing the story twice, instead of offering a quick glimpse at the man behind the curtain.

On more than one occasion, I had no idea what served as the impetus for the story I’d just written. Not immediately anyway. It usually comes to me later, sometimes days or weeks, when I’d wake with the story and characters stuck in my head, unraveling plot and dialogue in my mind until I uncovered the parallels to some half-forgotten event.

They’re like finding buried treasure, aren’t they? Those memories stored in neurons on seldom traveled synaptic pathways. Which made me think about a new project. Normally I don’t write drama pieces, I tend to gravitate towards speculative and science fiction, religious fantasy and horror, but I think I’d like to write a collected book filled with nothing but prefaces. Inspirations for stories without including the stories themselves.

I haven’t quite worked all the bugs out of the idea yet and I’m not sure how marketable it would be, but some projects we write for ourselves and not the quick buck, don’t we?

3 responses to “What Lies Beneath”