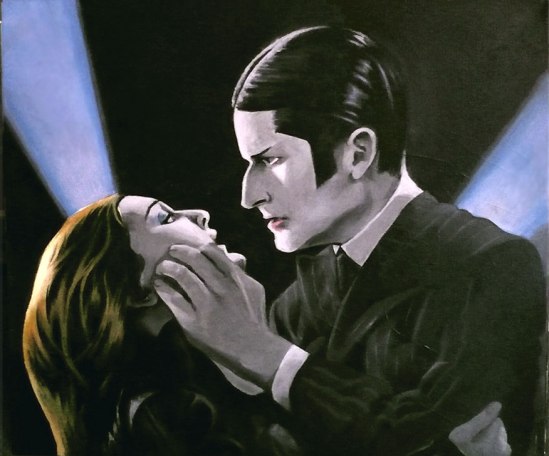 There was no denying it all went wrong the day she met The Antisocial. Her marriage, her life, her reality. He stepped into the confidence of her world and slowly altered her polarity, molecule by molecule, turning her into the world’s biggest human misery magnet. How could she have been so blind? He was a super-charged lightning rod of suffering and unrest and she jumped in feet first and grabbed the rod with both hands.

How? The Burning Bush chiseled this question into the stone tablets of her grey matter. How and why? How had it happened with such severity? And, why The Antisocial? He was nothing she had ever been attracted to in her life. He was slight and pale and short. Three things she couldn’t stand in her men. And when they met, she was married. Very married. Endlessly she would extol the virtues of her Husband of the Round Table who sat in the Siege Perilous.

She and The Antisocial even began on the wrong chord. Their first conversation was over the phone. An argument. A full-fledged war of words and attitudes, waged on the fiberoptic battlefield, with no quarter asked and none given. Hatred festered between them, growing like mold on stale bread, infecting whole city blocks at a time.

Then came the inevitable: the first meeting.

She was geared for the worst, armed with a wit-sharpened tongue and poison-dipped fingernails. The Antisocial tricked her. His subterfuge included tactics of kindness and depth. She wasn’t stupid, she kept her guard, but The Antisocial had existed for centuries and knew how to ply his trade well. Exorbitantly, he picked the locks of her defenses and let himself into her heart. She was still Very Married.

The Antisocial never used ordinary tactics. He would insult her, then apologize with poetry. Something her husband had never done. He would put the boots to her during weak moments, and when she retaliated, he simply walked away. She threw herself at him, and he stepped aside. She showed him the knife he drove into her heart, and he twisted it. She threatened to walk out on him, and he opened the door. Crafty, crafty, was The Antisocial. Unprepared, unprepared, was she.

When she first started dating The Antisocial—convinced that she was still Very Married—she was a strong and proud princess of unshakable faith and optimism. The world catered to her whims. Whatever words she spoke became law, and she enforced those laws on everyone around her. Everyone obeyed the princess — except The Antisocial. That was the beginning of her ruin. He had planted the seeds of self-doubt. He confused her with contradictions, battered her with male logic and left her alone to wallow in the mire.

What confused her most were the contradictions. He claimed to love her strength, then proved that strength to be a lie, just to teach her how to be strong. Where was the sense?

The Antisocial also worked on her morality, dragging her down the path of decadence. Once she had assimilated, and even grown to like it, he turned cold and led her back up the path to friendship. What good would simple friendship do her now? She had already begun peeling away the facade of her Very Married home life, hacking rifts into the armor of Husband of the Round Table, besmirching his character so that the Siege Perilous was no longer a safe seat. What good was going back to the old fractured lie that was her fabled life? What good were rose-colored glasses in the pitch dark?

The Antisocial laughed. He knew these truths to be self-evident.

Her life with The Antisocial became a long list of Could-Nots:

She could not take it any longer.

The Antisocial could not have cared less.

She would have left, but it was too late. He had destroyed her, tainted her to the point where no one else wanted her. He had taken her like a lump of mud and molded her into his ideal mate. There was no more of the original her left. She ate the loneliness he fed her and wore the sorrow overcoat he bought her. After a while, answering to the name Mrs. Antisocial had no effect.

They say there was someone out there for everybody, whether that’s true or not, she found her niche… loving The Antisocial.

About Loving The Antisocial: I write copiously daily. I’ve learned that if I don’t write regularly with some sort of goal, my writing becomes stale and disinteresting in the process. My current writing regimen, at minimum, is five thousand words every day.

I’ll start a story off with great ideas, excitement, and plans for some sort of magnum opus. The ideas and prose flow along at a satisfying pace until it doesn’t. Then I’m often visited by the bane my existence, my old pal, writer’s block.

To beat my nemesis into a bloody pulp, I write. Doesn’t matter what, as long as I keep my fingers peck-peck-pecking on the keyboard and them cute little letters keep dancing across the computer screen.

I write silly nonsense and observations, science fiction dogma, horror rhetoric, humorless jokes, movie and television rants or whatever else comes to mind. Just as long as I keep things moving forward. It’s my writing calisthenics. This story was the result of a question:

What does a person do when their significant other begins doing things that are completely out of character?